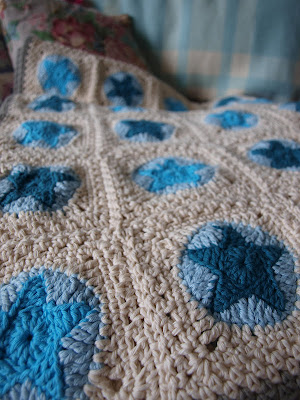 I've given up waiting for the sun (this weekend has been notable in that we have had 'only a very little bit' of rain) and so I've taken some gloomy photos of my latest make, so that I can legitimately get cracking with the next one.  Is it normal to feel that I can't start my next blanket (for it has to be a blanket - I do love them so) until I've blogged about my last one?  That the project isn't really done until it's been posted?
So...here it is...my all star blanket.  Ta-dah!!!!! 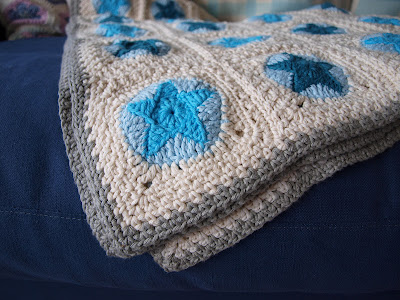 Can you see the slightly serrated effect along the edge where the grey colour joins on to the cream?  I really love this stitch, which I think is called saw stitch.  It's made by doing a double crochet, chain one, miss next stitch, double crochet, chain one, miss next stitch, double crochet...etc and I think I'm going to use it for my next blanket.  I'm picturing lovely irregular width stripes in creams and greens and pinks, and I'm picturing me tucked up underneath it on my comfy, comfy new sofa, crochet hook in hand, glass of wine nearby...
But back to the blanket in hand: 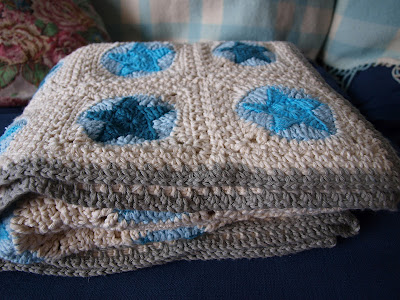 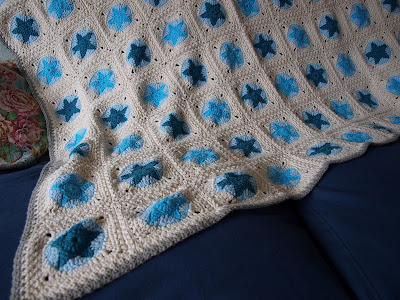 I first saw the design on Pinterest and loved it so much that I bought the book - Crocheted Gifts: Irresistible Projects To Make And Give by Kim Werker - I have to point out here that I'd debate the validity of the word 'irresistible'; this is probably the only thing I'll make from this book - but for me it was worth buying it for this pattern alone as I just love it so much.  It's written in American terms and so I found it easier to translate it first - I get in a right old muddle when things are written in American, my poor old brain can't cope - and as it turns out, I nearly couldn't cope with this pattern even when it was written in English!  The first star-in-a-circle-in-a-square took me about an hour of head scratching and frogging and muttering under my breath, but I'm pleased to report that I could knock them up pretty quickly once I'd got the hang of them.
I used Rico Creative Cotton, which I bought from here, and I needed: two balls of each of the two star colours; four balls of the light blue circle colour; sixteen balls of the main cream colour; and one ball of the grey edge colour.  The finished blanket is about the same size as the top of a single bed (excluding the bit where the pillow goes) and middle absolutely loves it.  He loves it so much, in fact, that it travels around the house with him - he even has his breakfast wrapped up in it (yes, it really is that cold in July...) and that makes it extra lovely for me.
And as if all that crocheting wasn't enough to satisfy my urge to make things, I had a very busy two hours at the allotment this morning harvesting a tonne of rhubarb, some strawberries, sweet peas, marigolds and a mountain of blackcurrants. My afternoon was spent turning this: 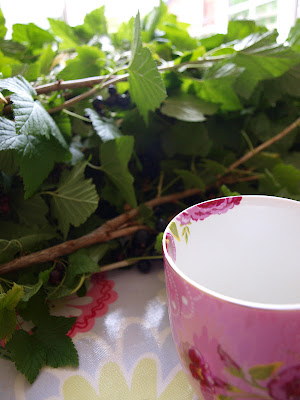 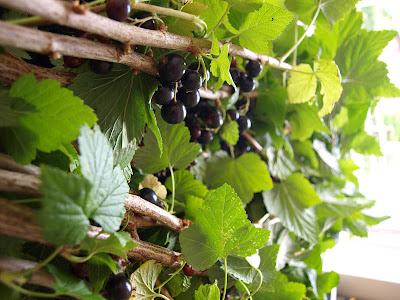 ...into lovely jars of blackcurrant jam.  Oh, in fact, if I listen very carefully, I think I can hear my toaster calling me.  Yep, it definitely wants some attention and, frankly, I am powerless to resist the lure of a slice of toast with loads of butter and a thick layer of this yummy jam.  Soz, gotta dash... x
Posted by Emily at 21:48 34 comments:

Email ThisBlogThis!Share to TwitterShare to FacebookShare to Pinterest
Labels: all star blanket, allotment 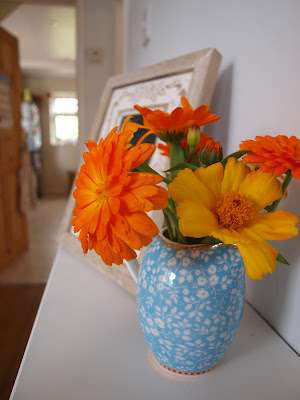 My small attempt to bring a little bit of summer to my soggy neck of the woods...
...and proof that, despite all the rain, some things are managing to survive in my allotment: 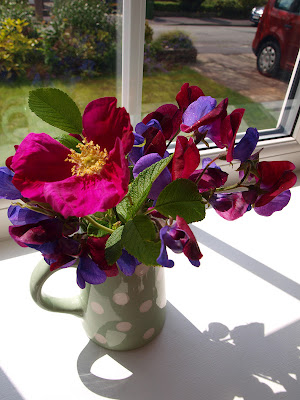 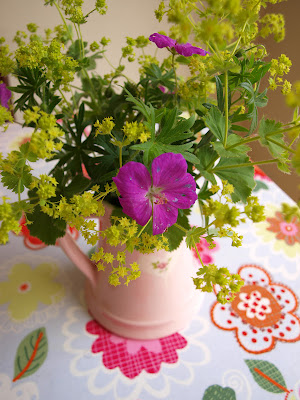 I love these little jugs of flowers that are gently shedding their petals all over my house, they cheer me up a bit when all I really want to do is hide my head under a duvet and sob 'where, oh where is the sun???'
Strawberries help a bit too, especially when they're served with a vast mound of cream with icing sugar and vanilla.  These babies, however, were presented with a side serving of mud, courtesy of small, who mistook the trug for a bucket and helpfully emptied a trowelful of earth into it: 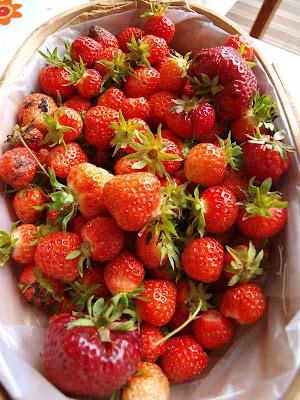 They actually tasted amazing once I'd thoroughly washed them and cut the wildlife out of them.
And here's a peek at something else that's been making me smile when I see it: 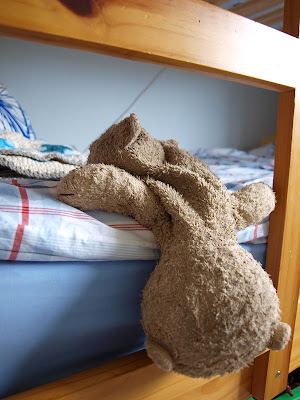 ...it's not middle's drunken-looking teddy (ah, he does love that bear - aka 'smelly ted' - he's lost almost all his stuffing, has more repairs round his bottom than actual fabric, and stinks like something you might find if you were to have a rummage around at the bottom of a wheelie bin, but he's as much a member of the family as middle himself).
Can you see what's just behind the much-repaired bear's bum?  Eeeeeeee - it's an in-use all star blanket!!! More on that when we get our next five-minute sunny slot so I can take some photos. x
PS - Just to say that I'm sorry I've been so rubbish at commenting on blogs lately - I can't leave comments from my phone (which is how I read a lot of blogs), trying to comment from mr n's ipad makes me want to weep with frustration, and the laptop usually has a small boy attached to it.  I do read all your lovely blogs and I am constantly inspired by what I see and read, so thank you x
Posted by Emily at 22:36 12 comments: 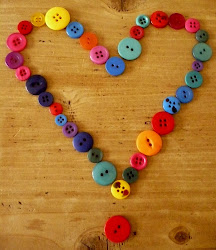 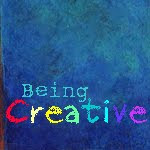